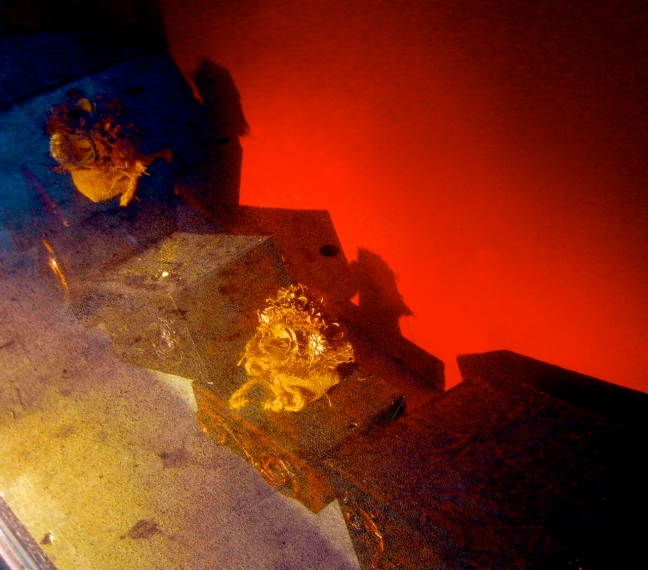 Among the things I filmed and photographed, this group of tumbled objects in a store window.

These were dusty and forgotten, and appeared as if they had been buried alive.

In a coffin with a glass lid.

(fyi effects employed here, color is much enhanced, but the wall behind these objects remains a truthful bright orange-red)