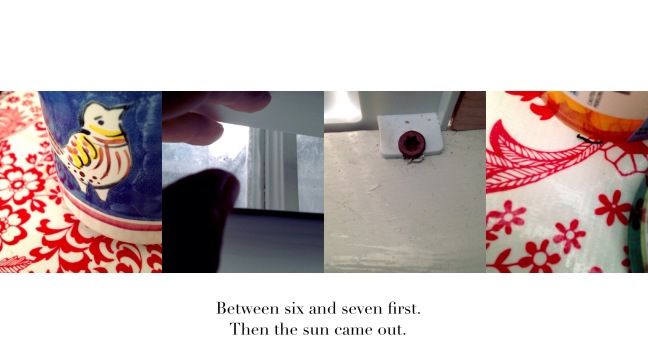 I’ve begun a new Story In Four. I’m excited about this project because it combines the style of shooting that I did for Story In Four (First), with the style of an older project I did for a while on Tumblr (an internet only project which no longer exists) called Still In Utero. Still In Utero was an experiment in storytelling where photographs and text followed one another in a loose and poetic narrative. In a sense it was a stream of consciousness with identifiable links between the past, present and/or future. This idea was inspired by the narrative style of a children’s book by Bruno Munari called Zoo.

What is nice about hosting this project on my own site, as opposed to a third party one, is that I can eventually create some print works from these as they are (when I was on Tumblr, there was no way to download your material there to create anything in print). At this moment I can envision many possibilities, but for now to get anything concrete accomplished, it’s best to just put one foot in front of the other.